do you love challenges?

gain practical skills and a creative mindset for your future

why study at dit?

we are dedicated to our students, let us inspire you too ... 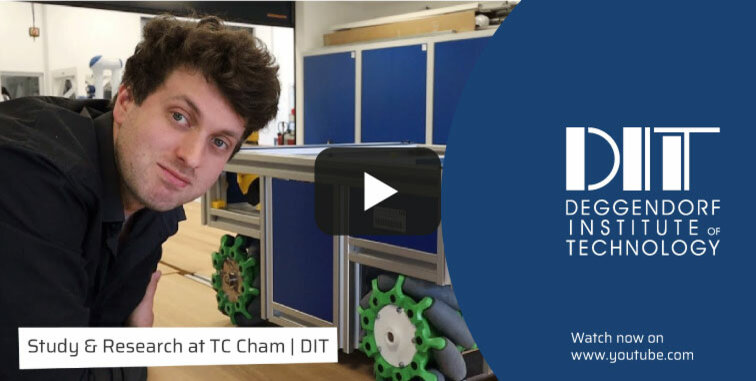 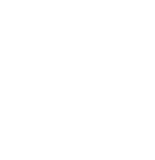 deepen your skills - shape your future

As an undergraduate student of mechatronics or other related fields of study, the consecutive master's programme Artificial Intelligence for Smart Sensors and Actuators qualifies you as experts for the development and use of intelligent, technical systems of data processing, data analysis and automation. The knowledge transfer on study contents including artificial intelligence, machine learning, innovative sensors/actuators, additionally endows prospective students with the competence to work creatively in research and development departments.

Fees: No tuition fees, only €62 student services fee per semester

The command of intelligent sensor and actuator systems requires scientific-technical expert training tailored to current thematic challenges. Within three study semesters, these challenges are to be met by the structured and intensified knowledge transfer of the following topics:

The practical relevance of the course content is implemented through case studies conducted in collaboration with industrial experts.

The Technology Campus Cham (focusing on research & development in mechatronic systems) as well as the Digital Start-Up Centre (majoring in Digital Production) are directly located on Cham campus. They provide a specialised and application-oriented environment for highly innovative training concepts.

Artificial Intelligence (AI) describes a sub-discipline of computer science that deals with the research of "intelligent" problem-solving behaviour and the creation of "intelligent" computer systems. In a multitude of technical fields of application, AI-based systems are fed by sensor data and return process-influencing information to actuators. The interactions between information processing, the process as data source and data sink as well as the influences of the quality of the sensor data and the actuator interventions are equally decisive for the overall system function of the systems. In addition to the actual measuring principle for the respective process variable, a smart sensor also features signal pre-processing, monitoring algorithms for safeguarding the sensor function, connectivity (e.g. Bluetooth, WIFI, 5G) and, depending on the application, power supply functions. Smart actuators also supplement the actual control intervention in the technical process with extended signal processing and monitoring mechanisms as well as various communication methods. The resulting signal-processing system features additional "intelligent" properties that further enhance its performance.

After successfully graduating from this study course, you will have all the qualifications required to establish yourself as an expert in this transitioning professional world and to participate actively in its development. 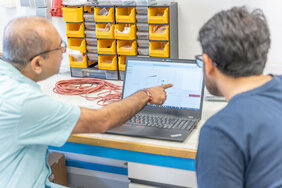 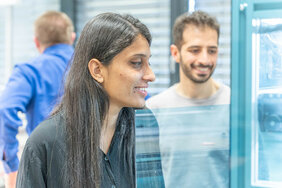 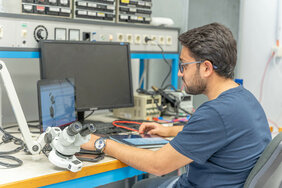 Computer-assisted chatbots are technical dialogue systems based on natural speech recognition and are used to answer user queries automatically and without direct human intervention in real time.

A student project group designed an extensive catalogue of questions about studying at the Cham campus. In cooperation with the respective university departments, the project group defined correct answer patterns for the questions asked and fed them into the system. The technical application recognises the user input, compares the predefined answer patterns and should, for example, help prospective students navigate better through the wealth of information on the website in the future. 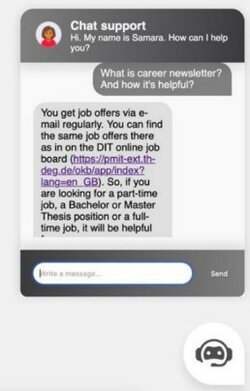 With increasing traffic across the globe and the number of vehicles, traffic supervision has become complex. Artificial intelligence (AI) technology can reduce the complexity as well as increase the throughput.

The project “Traffic Supervision System’’ was initiated in the Sensor Lab, Campus Cham. The objective was to build a prototype “Watch box” (Integrating AI Hardware with object detection software). It can monitor the traffic as well as vehicle features in real time. The project plan is to connect a centralized system through cloud direct connect.

The YOLOv5 object detection model is used for training of vehicle classification and its manufacturer.  Deep sort algorithm is used for tracking and counting (figure 1). Figure 2 shows the video capture by the camera. The vehicle characteristics viz type, count, manufacturer and color as well as the time instance has been stored in excel file (Figure 3). The model has been evaluated on the test data with an accuracy of 89%. The AI hardware used are Jetson Nano and camera (Figure 4). The watch box design for the hardware is shown in Figure 5. 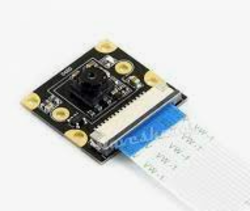 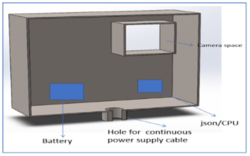 Where do our eyes wander to first when shopping for our daily needs, where do they linger the longest and what consequently appeals to us the most on the supermarket shelves? How should a supermarket, for example, optimally position or design its product range in order to appeal more to its customers?

The student is always focused on a pair of scissors, when the focus of vision and scissors are recognised by the neural network. 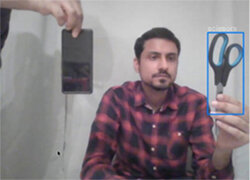 Measurement and visual representation of magnetic fields are often necessary in development and production of products in connection with magnets. Among many others, the following can be mentioned as application examples for a "Magnetic Field Mapper":

The project used a commercially available 3D printer (CTC 16450, Table, Fig. 1) where essentially the extruder unit was replaced by a Hall sensor from Infineon Technologies (Hall sensor TLV493D-A1B6). Above all, the 3D printer offers a sufficiently large installation space to be able to investigate larger magnetic fields in later applications, and at the same time a comparatively good positioning accuracy.

Data of the 3D printer:

The movements in x, y and z direction are done by stepper motors. An Arduino Mega 2560 microcontroller controls the stepper motors and receives and processes the sensor data.

The first application for which the Magnetic Field Mapper is used is the measurement of magnetic fields of diametrically magnetised disc magnets, such as those used for magnetic angle sensors (Fig. 2).

For the visual representation of an x-y measurement at a constant z-value, various display options can be selected. As an example, Fig. 4 shows the course of magnetic field lines in the x-y plane and Fig. 5 the corresponding equipotential curves including a measurement artefact. Figure 6 shows the z-component of the magnetic field directed out of the x-y plane or into the x-y plane.
The Magnetic Field Mapper project will be continued in further project and final work. Examples of improvements to the system would be: