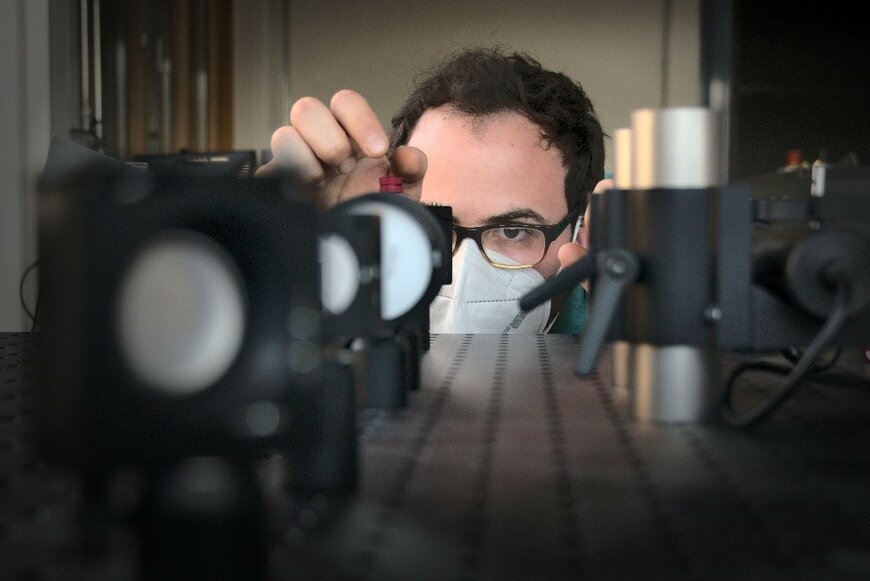 How to explain the world with light: new research at the Deggendorf Institute of Technology

For the past three months, physicists at the Deggendorf Institute of Technology (DIT) have been working on a new generation of spectrometers. Like the human eye, they examine reflected light. However, they surpass the eyes' ability many times over and enable insights into the world that would otherwise remain hidden. The Teisnach researchers' new spectrometers are to be cheaper and more compact. They are currently testing the new method in the laboratory.

Scientists have been working on the measurement of light for centuries. The model is the human eye. The human eye recognises whether a strawberry is red and therefore ripe by the light that is reflected from the strawberry. It is examined by the eye for its components and can distinguish between millions of shades of colour. In science, spectrometers perform this task. Today, it is impossible to imagine the diverse applications of spectrometers without them: doctors use them to find clues to certain pathogens in the air they breathe, biologists measure the oxygen content of rivers and oceans, criminologists examine crime scene evidence, modern combine harvesters measure the nutritional value of grain. And modern astronomy relies almost exclusively on spectrometric investigations because of the inaccessibility of the objects being studied. However, the size and high price of high-precision spectrometers are still a hurdle for many applications. This is where the research work of three physicists from the Deggendorf Institute of Technology comes in. At the Technology Campus in Teisnach, Alois Schneider and Abdul-Hamid Fattah are researching a new method for examining light, for which a patent has been filed by Prof. Dr. Gerald Fütterer. This method enables a number of new technical applications, including the development of more compact and cheaper spectrometers. The scientists expect first results in autumn.