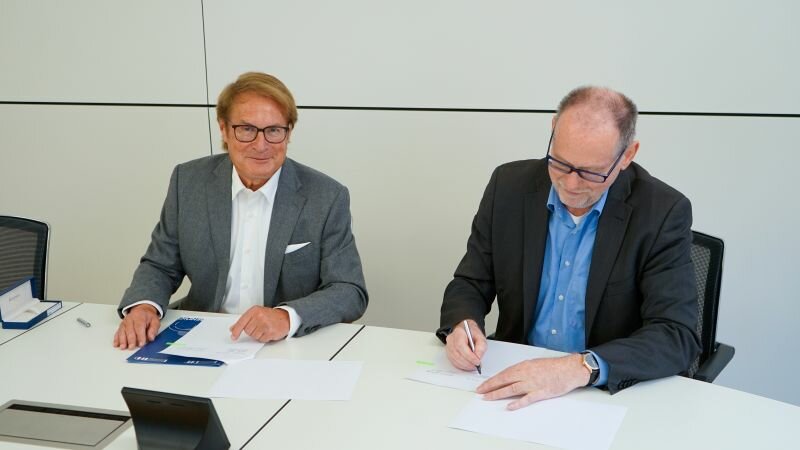 DIT supports scientist in the field of Artificial Intelligence

As a pioneer in the university landscape when it comes to AI, the DIT can use this award to strengthen, the region in this promising field in parallel to successful initiatives such as the AI Campus Bavaria. Founder Anton Fink has been associated with DIT for many years and would like to see many applications for the science award. The topic of AI fascinates him and he wants to support DIT in a meaningful way. For DIT President Sperber, the advantages are obvious: such a prize will make DIT better known as an institution in the AI scene. In addition, important contacts will be made from which the university will benefit. The prize will be announced for the first time at the end of the year, around October or November 2021. Applications will be accepted from Germany, Austria and the Czech Republic. The jury consists of DIT professors Prof Dr Dr Heribert Popp and Prof Dr Patrick Glauner, DIT President Prof Dr Peter Sperber, from Austria FH Prof DI Dr Stefan Huber, from the Czech Republic Assoc. Prof Ivo Bukovsky, PhD and Minister of Science Bernd Sibler. The award will be presented in spring 2022 and is to be continued annually.

Bild (DIT): Thanks to full vaccination, Anton Fink from Deggendorf (left) and DIT President Peter Sperber (right) were able to attend the signing of the cooperation agreement for the “Anton Fink Science Award for Artificial Intelligence” together.