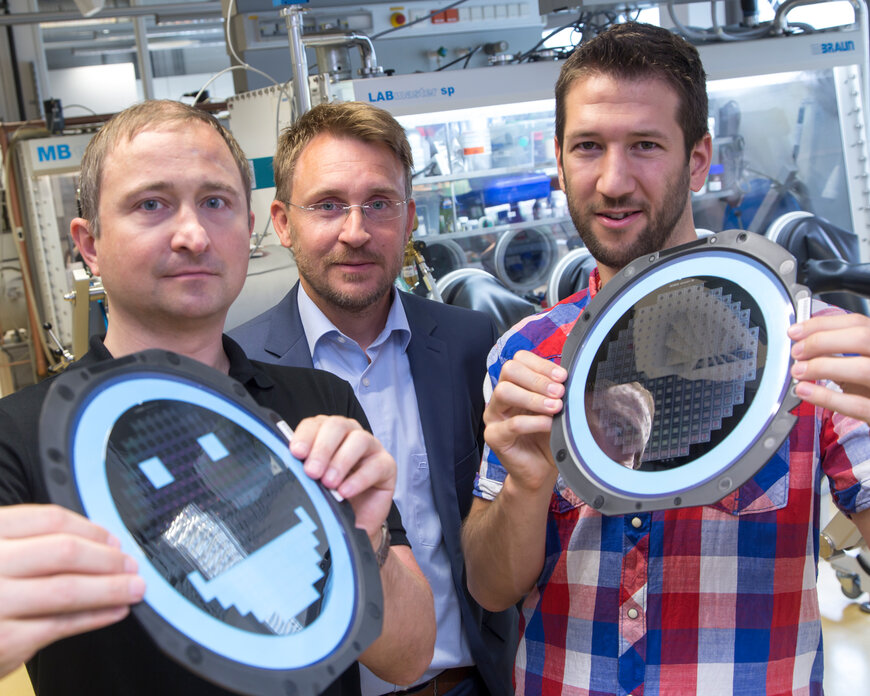 Prof. Sternad publishes research results on single-crystal silicon as a component of a battery

In microelectronics, we know that the smaller, more efficient and more mobile microchips are, the more diverse their applications. Professor Michael Sternad from the Deggendorf Institute of Technology (DIT) has found a way to produce microchips with an integrated battery. The mini-battery is powerful and very easy to produce. No one else in the world has ever succeeded in this dimension. The advantage: microchips with a battery can be used autonomously and in a variety of ways. Michael Sternad has now published the results of his scientific work and would like to get in touch with interested parties.

As a result of several years of basic research, which Michael Sternad started at Graz University of Technology, he shows how monocrystalline silicon, the material of a microchip, can be made usable as a battery electrode. "The microchip then not only houses the electronics, but is also part of a mini-battery at the same time," says Sternad. The silicon as the material of the microchip was the challenge here. When it is charged, its structure changes. It shatters into countless particles. Sternad dealt with this and found a way to optimally prepare the silicon for charging. The new batteries can be recharged several hundred times with a small capacity loss of only a few percent. "With this high number of recharges, this has never been achieved before in the world," says Sternad. And the possible applications are manifold. They can be made extremely tiny, down to 0.1 by 0.1 millimetres, in almost any package shape and extremely cheap, around one to two cents each. But the energy density is similar to that of the best commercial lithium-ion batteries. Demand is particularly high from the aircraft industry. Energy-autonomous sensors simply save weight in aircraft because there is no need for wiring. But there are many other examples of applications, such as monitoring blood supplies, fever-detecting plasters or in the automotive sector. Those interested can read about Michael Sternad's research work in the renowned journal "Advanced Material Technologies". He is also available to answer questions in person: michael.sternad@th-deg.de.