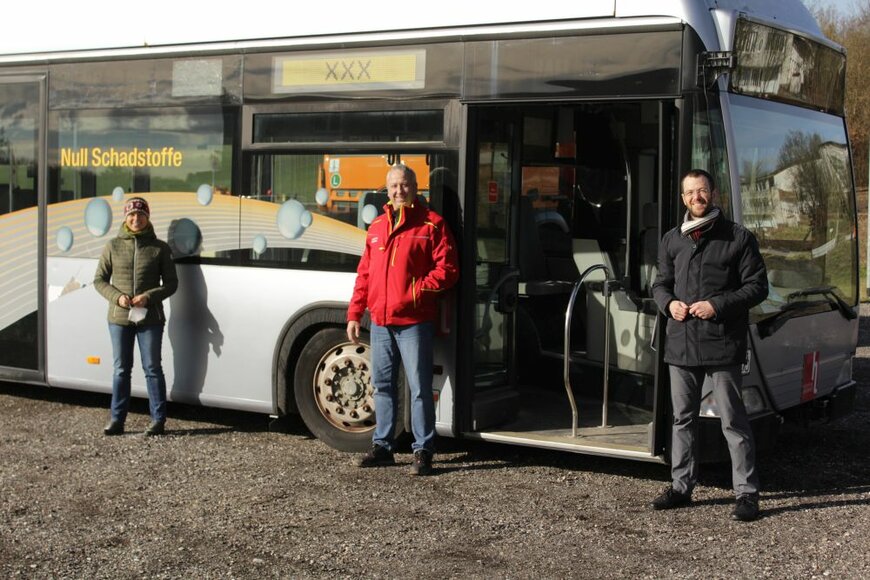 A bus as a meeting place

Campus gets a new addition: Bus as a meeting place

On Thursday, 4 February 2021, the European Campus Rottal-Inn (ECRI) got a new addition to the campus. A decommissioned bus will make its last and final stop at ECRI. In future, it will be used as a meeting place and laboratory.

As part of the EcoHome project, ECRI’s Ecology and Economy Laboratory, or short as EcoLab, is looking into how the bus can be used in the best possible way for students and university staff for the future. Campus members as well as representatives of the district of Rottal-Inn and the city of Pfarrkirchen are developing concepts for the use of the bus. Under the leadership of Prof Dr Robert Feicht, the team has set itself the goal of transforming the bus into a meeting place with LivingLab character for ECRI.

Currently, the development of the concept for the EcoHome bus is in full swing. The exact look of the bus will be decided in the course of the next few months. It is certain that the bus will be available to all students in addition to the campus staff. The meeting point is also to be designed as a LivingLab - a kind of “real laboratory” - and then used for seminars or training courses, for example. In addition, the bus could be used in the future for conferences or campus festivals.

On the EcoLab side, the head of the lab, Prof Dr Robert Feicht, research assistant Jennifer Huber and lab engineer Anna Marquardt are in charge of the new project. They are receiving active support from the town of Pfarrkirchen and the Rottal-Inn district office. The plan is to complete the project by the middle of next year.

Bild (ECRI/DIT): Jennifer Huber, Hans Esprester from the Rottal-Inn District Office and Robert Feicht (from left to right) welcoming the bus at ECRI.