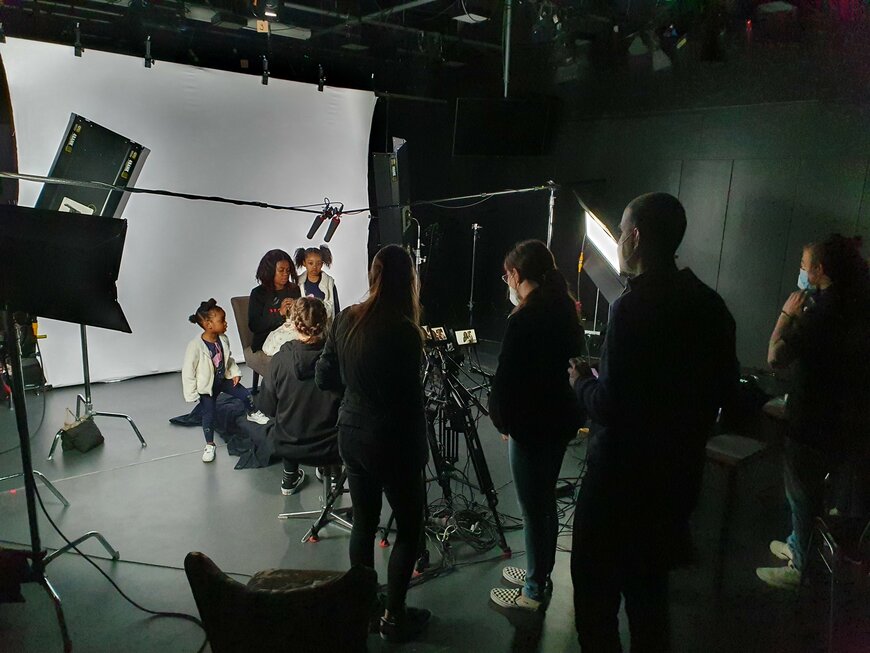 Screening of the sequel to the DIT film production "Neighbours

The project "Neighbours - Encounters with Residents of the Deggendorf Anchor Centre" was created through a cooperation between the Caritasverband für den Landkreis Deggendorf e.V. and  DIT. People from the facility told their stories, and students from the DIT documented them in professional video portraits. Under the direction of Prof. Jens Schanze, two films were made. The second part will now be shown for the first time. On Tuesday, 5 October 2021, 6 pm, the film presentation will take place in the Kapuzinerstadl Deggendorf, Maria Ward Platz 10. Admission is free. Registration via email to asyl@caritas-deggendorf.de is necessary. A 3G proof is also required.

Bild (DIT): The documentary Neighbours aims to break down prejudices. It shows the residents of the Deggendorf Anchor Centre like Bola Juliet Adebayo from Nigeria and her children.