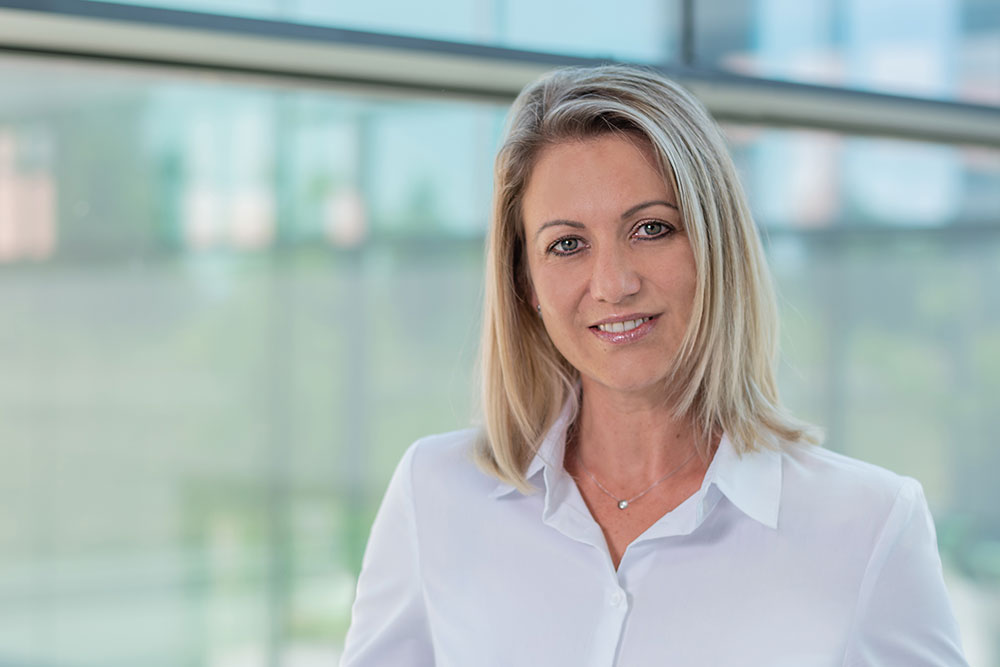 Zeitschriftenartikel
3D Spheroids Versus 3D Tumor-Like Microcapsules: Confinement and Mechanical Stress May Lead to the Expression of Malignant Responses in Cancer Cells

As 2D surfaces fail to resemble the tumoral milieu, current discussions are focused on which 3D cell culture strategy may better lead the cells to express in vitro most of the malignant hints described in vivo. In this study, this question is assessed by analyzing the full genetic profile of MCF7 cells cultured either as 3D spheroids-considered as "gold standard" for in vitro cancer research- or immobilized in 3D tumor-like microcapsules, by RNA-Seq and transcriptomic methods, allowing to discriminate at big-data scale, which in vitro strategy can better resemble most of the malignant features described in neoplastic diseases. The results clearly show that mechanical stress, rather than 3D morphology only, stimulates most of the biological processes involved in cancer pathogenicity, such as cytoskeletal organization, migration, and stemness. Furthermore, cells entrapped in hydrogel-based scaffolds are likely expressing other physiological hints described in malignancy, such as the upregulated expression of metalloproteinases or the resistance to anticancer drugs, among others. According to the knowledge, this study represents the first attempt to answer which 3D experimental system can better mimic the neoplastic architecture in vitro, emphasizing the relevance of confinement in cancer pathogenicity, which can be easily achieved by using hydrogel-based matrices.
Zeitschriftenartikel
Role of MIA (melanoma inhibitory activity) in melanocyte senescence

The protein MIA is known to be expressed in melanoma and to support melanoma progression. Interestingly, previous studies also observed the expression of MIA in nevi. Concentrating on these findings, we revealed that MIA expression is correlated with a senescent state in melanocytes. Induction of replicative or oncogene‐induced senescence resulted in increased MIA expression in vitro. Notably, MIA‐knockdown in senescent melanocytes reduced the percentage of senescence‐associated beta‐Gal‐positive cells and enhanced proliferation. Using the melanoma mouse model Tg(Grm1), MIA‐deficient mice supported the impact of MIA on senescence by showing a significantly earlier tumor onset compared to controls. In melanocytes, MIA‐knockdown led to a downregulation of the cell cycle inhibitor p21 in vitro and in vivo. In contrast, after induction of hTERT in human melanoma cells, p21 regulation by MIA was lost. In summary, our data show for the first time that MIA is a regulator of cellular senescence in human and murine melanocytes.
Zeitschriftenartikel
Complex Formation with Monomeric α-Tubulin and Importin 13 Fosters c-Jun Protein Stability and Is Required for c-Jun's Nuclear Translocation and Activity , vol11

Microtubules are highly dynamic structures, which consist of α- and β-tubulin heterodimers. They are essential for a number of cellular processes, including intracellular trafficking and mitosis. Tubulin-binding chemotherapeutics are used to treat different types of tumors, including malignant melanoma. The transcription factor c-Jun is a central driver of melanoma development and progression. Here, we identify the microtubule network as a main regulator of c-Jun activity. Monomeric α-tubulin fosters c-Jun protein stability by protein-protein interaction. In addition, this complex formation is necessary for c-Jun's nuclear localization sequence binding to importin 13, and consequent nuclear import and activity of c-Jun. A reduction in monomeric α-tubulin levels by treatment with the chemotherapeutic paclitaxel resulted in a decline in the nuclear accumulation of c-Jun in melanoma cells in an experimental murine model and in patients' tissues. These findings add important knowledge to the mechanism of the action of microtubule-targeting drugs and indicate the newly discovered regulation of c-Jun by the microtubule cytoskeleton as a novel therapeutic target for melanoma and potentially also other types of cancer.
Zeitschriftenartikel
C-Jun drives melanoma progression in PTEN wild type melanoma cells , vol10

Due to the critical impact of active AP-1 transcription factors in melanoma, it is important to define their target genes and to identify and ultimately inhibit oncogenic signals. Here we mapped the genome-wide occupancy of the AP-1 family member c-Jun in different melanoma cells and correlated AP-1 binding with transcriptome data to detect genes in melanoma regulated by c-Jun. Our analysis shows that c-Jun supports the malignant phenotype by deregulating genes in cancer-relevant signaling pathways, such as mitogen-activated protein kinase (MAPK) and phosphatidylinositol-3-kinase (PI3K) pathways. Moreover, we demonstrate that the importance of c-Jun depends on melanoma stage and mutation status of the tumor suppressor PTEN. Our study reveals that activation of c-Jun overrules the tumor suppressive effect of PTEN in early melanoma development. These findings help to understand the relevance of c-Jun within cancer pathways in different melanoma cell types, especially in relation to MAPK and PI3K pathways, which are commonly deregulated in melanomas. Consequently, targeting c-Jun in PTEN+ melanoma cells may represent a promising therapeutic strategy to inhibit survival of melanoma cells to prevent the development of a metastatic phenotype.
Zeitschriftenartikel
Specific c-Jun target genes in malignant melanoma , vol17

A fundamental event in the development and progression of malignant melanoma is the de-regulation of cancer-relevant transcription factors. We recently showed that c-Jun is a main regulator of melanoma progression and, thus, is the most important member of the AP-1 transcription factor family in this disease. Surprisingly, no cancer-related specific c-Jun target genes in melanoma were described in the literature, so far. Therefore, we focused on pre-existing ChIP-Seq data (Encyclopedia of DNA Elements) of 3 different non-melanoma cell lines to screen direct c-Jun target genes. Here, a specific c-Jun antibody to immunoprecipitate the associated promoter DNA was used. Consequently, we identified 44 direct c-Jun targets and a detailed analysis of 6 selected genes confirmed their deregulation in malignant melanoma. The identified genes were differentially regulated comparing 4 melanoma cell lines and normal human melanocytes and we confirmed their c-Jun dependency. Direct interaction between c-Jun and the promoter/enhancer regions of the identified genes was confirmed by us via ChIP experiments. Interestingly, we revealed that the direct regulation of target gene expression via c-Jun can be independent of the existence of the classical AP-1 (5´-TGA(C/G)TCA-3´) consensus sequence allowing for the subsequent down- or up-regulation of the expression of these cancer-relevant genes. In summary, the results of this study indicate that c-Jun plays a crucial role in the development and progression of malignant melanoma via direct regulation of cancer-relevant target genes and that inhibition of direct c-Jun targets through inhibition of c-Jun is a potential novel therapeutic option for treatment of malignant melanoma.
Zeitschriftenartikel
DNA-bearing membrane vesicles produced by Ahrensia kielensis and Pseudoalteromonas marina , vol54

Outer membrane vesicles (OMVs) derived from the alphaproteobacterium Ahrensia kielensis and from Pseudoalteromonas marina, a gammaproteobacterium, were sampled from liquid cultures in order to extract the MV-associated DNA, establish a shotgun library, and sequence randomly chosen clones to determine the origins of their DNA. We show that OMVs from A. kielensis and from P. marina both harbour DNA larger than 20 or 30 kbp. Transmission electron microscopical inspection of OMVs of A. kielensis and P. marina showed two types of vesicles: bilayered OMVs with a diameter between 30 and 250 nm and double bilayered OMVs ranging between 80 and 200 nm. Bilayered OMVs are either characterized by the presence of a large electron-dense substance or are elctron translucent. Double bilayered OMVs contained an electron dense substance in the core region surrounded by the second bilayer. 30,094 bp of the genome from OMV of A. kielensis and 45,981 bp of that from P. marina were sequenced. The results indicated that all sequences were single copy and that all sequences, with one exception, were similar to prokaryotic sequences, inserted viral sequences were not detected.
Hochschulschrift
Regulation und Funktion des Trankriptionsfaktors c-Jun im malignen Melanom
Zeitschriftenartikel
AP-1/c-Jun transcription factors: regulation and function in malignant melanoma , vol93

Malignant melanoma is an aggressive form of skin cancer with an increasing incidence worldwide. One way to address the pathology of the disease is through molecular research. In addition to the analysis of melanoma-relevant signaling pathways, the investigation of important transcription factors is a fundamental objective. The AP-1 transcription factor family is known to play an important role in melanoma progression and development. The AP-1 family member c-Jun is highly expressed and active in melanoma cells, and the mechanisms and signaling pathways regulating c-Jun protein are diverse. In addition to the common regulation and activation of c-Jun by mitogen-activated protein kinases (MAPKs), there are several other signaling pathways and interactions leading to c-Jun protein expression and thus AP-1 activation. In malignant melanoma, and many other cancer types, c-Jun has mainly oncogenic functions; however, other AP-1 proteins also have anti-oncogenic roles. Interestingly, several studies have revealed that a strong AP-1 activity in melanoma mainly depends on c-Jun. Recently, it has also been shown that the c-Jun protein is regulated and activated by several other mechanisms, including miRNAs and the cytoskeleton. In summary, there are a variety of mechanisms underlying the induction of c-Jun protein expression and activity leading to tumor progression and development, and this diverse regulatory machinery is due to the heterogeneity of different tumor types, particularly in malignant melanoma.
Zeitschriftenartikel
MicroRNA miR-125b controls melanoma progression by direct regulation of c-Jun protein expression , vol32

A fundamental event in the development and progression of malignant melanoma is the deregulation of cancer-relevant transcription factors. We recently showed that c-Jun is a main regulator of tumor progression in melanoma and thus the most important member of the AP-1 transcription factor family for this disease. Interestingly, we revealed that c-Jun expression was regulated on the post-transcriptional level and therefore speculated that miRNAs could be involved in c-Jun regulation. We determined seed sequences for miR-125b and miR-527 in the coding region of c-Jun mRNA that hints at the direct involvement of miRNA-dependent regulation on the protein level. We found that the expression of miR-125b was significantly reduced in malignant melanoma cell lines and tissue samples compared with melanocytes, whereas miR-527 remained unchanged. In further functional experiments, treatment of melanoma cells with pre-miR-125b resulted in strong suppression of cellular proliferation and migration, supporting the role of miR-125b in melanoma. In addition, transfection of pre-miR-125b led to strong downregulation of c-Jun protein but not mRNA expression in melanoma cells. Luciferase assays using reporter plasmids containing the miR-125b seed sequence in the luciferase coding region confirmed the direct interaction with miR-125b. Furthermore, immunoprecipitation of Ago-2 revealed that c-Jun mRNA accumulated in the RNA-induced silencing complex after pre-miR-125b transfection in melanoma cells. In summary, we identified an important role for miR-125b in malignant melanoma. Moreover, we demonstrated post-transcriptional regulation of c-Jun by this miRNA and showed that c-Jun is a main mediator of the effects of miR-125b on melanoma cells.
Zeitschriftenartikel
ETS‐1/RhoC signaling regulates the transcription factor c‐Jun in melanoma , vol130

Recently, we discovered that the loss of E‐cadherin induces c‐Jun protein expression, which is a member of the AP‐1 transcription factor family and a key player in the processes of cell proliferation and tumor development and also found in elevated levels in melanomas. Notably, the mRNA level of c‐Jun was not affected, suggesting that c‐Jun is regulated at post‐transcriptional level. Here, we present data that suggest that the dynamic cytoskeletal network, linked to E‐cadherin, is involved in the regulation of the c‐Jun protein and transcriptional activity. In a signaling cascade, the loss of E‐cadherin activates the transcriptional regulator ETS‐1 and consequently leads to the induction of RhoC expression that stabilizes c‐Jun in melanoma. The link between RhoC and c‐Jun seems to be indirect via the cytoskeleton. We conclude that the loss of E‐cadherin mediated cell‐adhesion induces c‐Jun protein expression in a multistep process, offering several possibilities for therapeutic intervention.
Cookies