Cable spaghetti – And how work is going on the ECRI bus 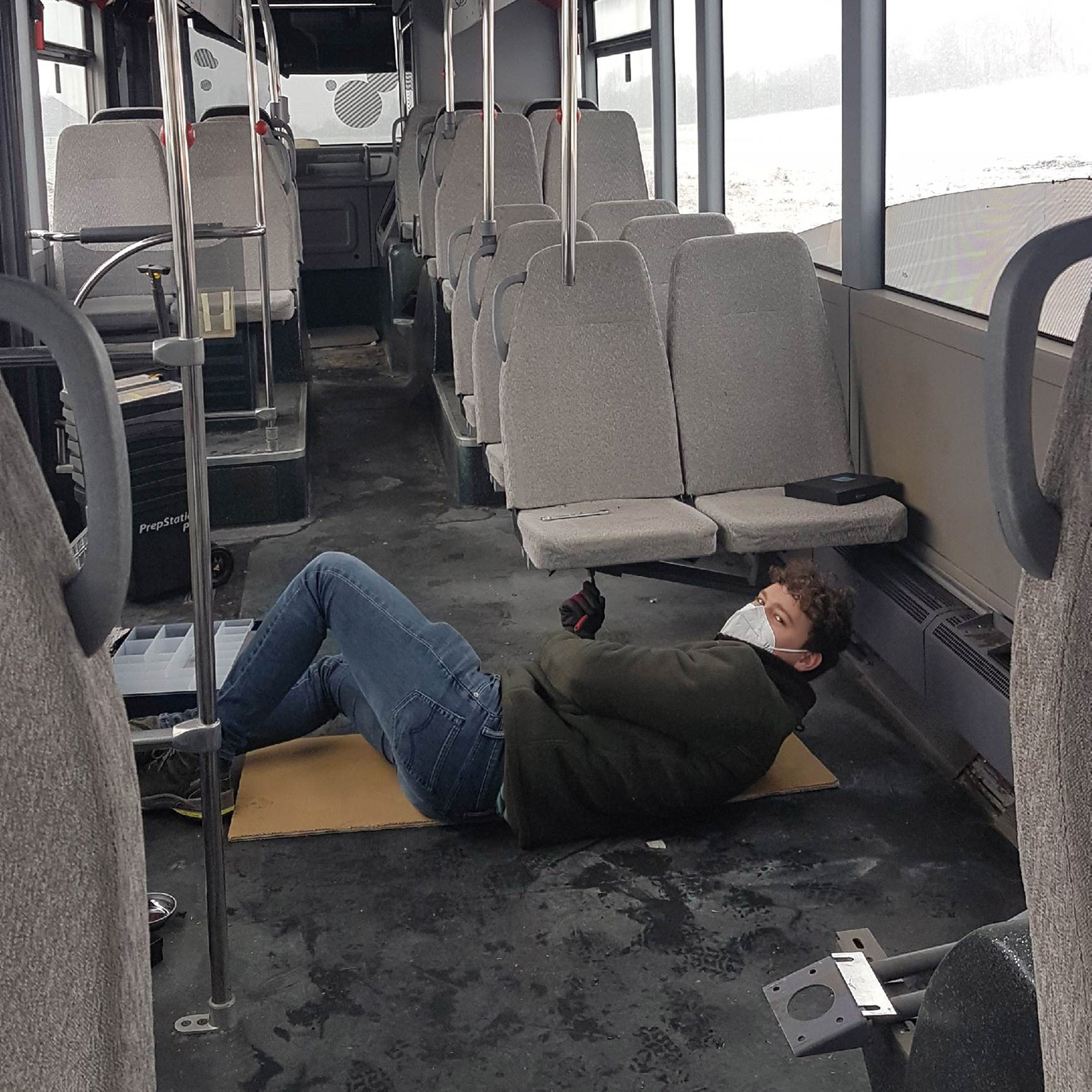 The “EcoHome” project from a student’s perspective

A year ago, when I heard that our university might get a meeting place for students and professors inside a bus, I was totally impressed and thought that such a project would help improve students’ social life and also their connection to the university’s staff. The first time I saw the bus behind the SILC building I started imagining and remembered all the DIY camping van transformations that I had seen online. I realised that I would love to work on this project because I could create the perfect place where all my fellow ECRI students could meet. Another realisation that I had was that I would be incredibly proud to know that I could contribute to the growth of our university and campus, improvement that would last longer than my studies, and that a part of my work would always remain in that bus. As with all projects, it took some time to start. Now “EcoHome” is in full swing and I believe that the practical and realistic approach of the EcoLab, which is aided by the advices of consultants specialised in various technical fields, will create a successful project that will give us all another reason to be proud of the European Campus.

The work of the last weeks

I joined the EcoHome project in February and we started working on the bus right away. In the course of around 3 weeks, we have managed to remove almost all of the furniture and appliances, the remaining parts such as motor, cooling fluid etc., which required some knowledge, and equipment that was too specialised to be worth buying.

The first parts that we detached were the seats and handles because of the amount of space that they occupied. Removing them gave us a lot more space to move and access areas that were filled with either electrical cables, pressurised air hoses and tanks for the breaks or the mechanical and hydraulic systems for opening and closing the doors. We found all these components hidden away above the ceiling panels, but we also had to remove things at the lower part beneath all the seats. Those were the radiator protections and the seat supports. After taking out all the large and bulky parts, we continued by removing and sorting the cables and hoses in order to discard as much weight as possible and also to create enough space to have our own electrical circuits installed in the future. We ended up with around 50-60 kg of cables and hoses, a quantity which really surprised us since we never imagined there would be so many cables in a bus. The removal of the cables also allowed us to extract the aluminium pressure tanks from in-between the walls and the air vents. There were in total 4 tanks of around 40 L each, so quite a lot of space would have been lost if they weren’t removed. In the last couple of weeks, we gained some insights of the components of a bus interior, knowledge that we gained from taking them apart.